Beowulf sailed to Daneland. It took 24 hours. A guard met him. The guard takes him to Heorot. Heorot is a big meed hall with many people. Hrothgar is the king that built Heorot. Beowulf he tells him why he came. He heard that he was a bad guy attacking Heorot named Grendel.


Grendel could kill 30 men at a time. His fingernails were as strong as metal. Grendel was mad that the men in Heorot were happy and singing about God.


Beowulf fought Grendel with his hands not anything else. He ripped Grendel's shoulder off. Grendel escaped but died later. Hrothgar gave Beowulf  jewels and gifts. 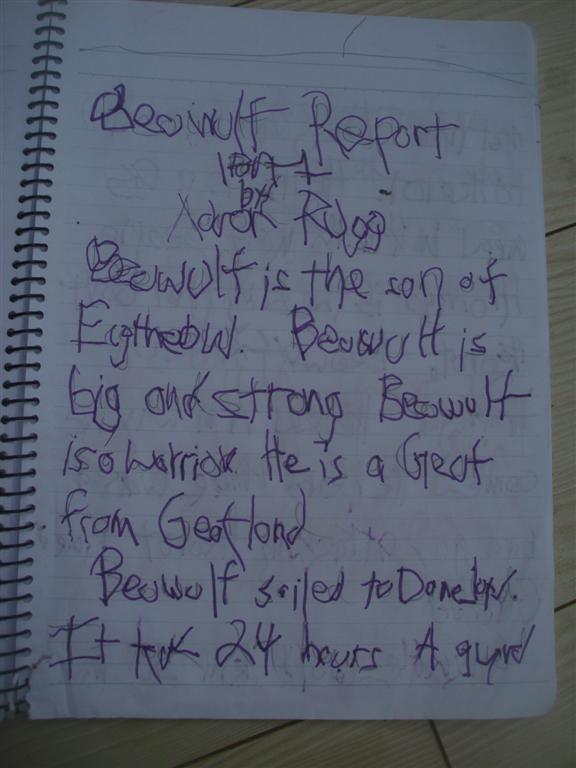 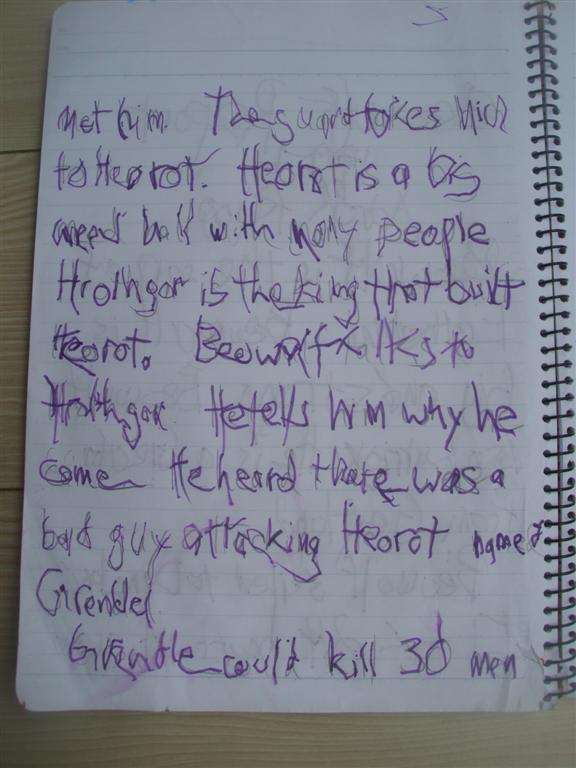 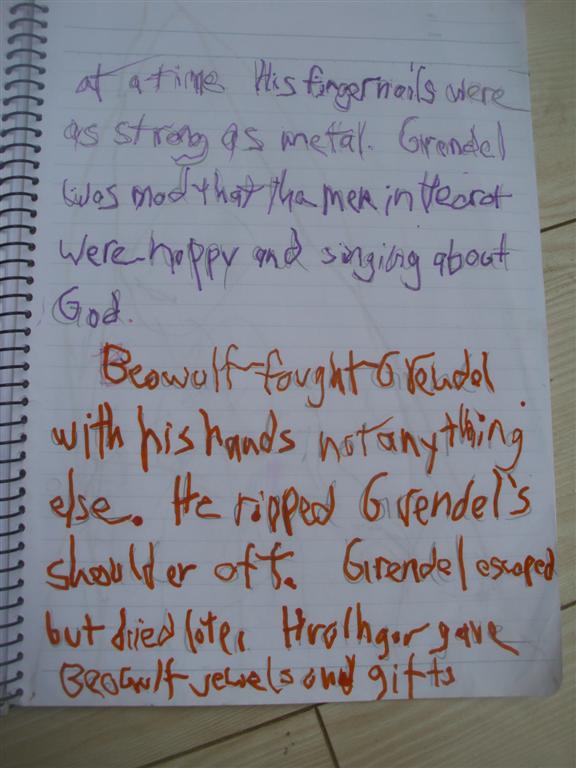